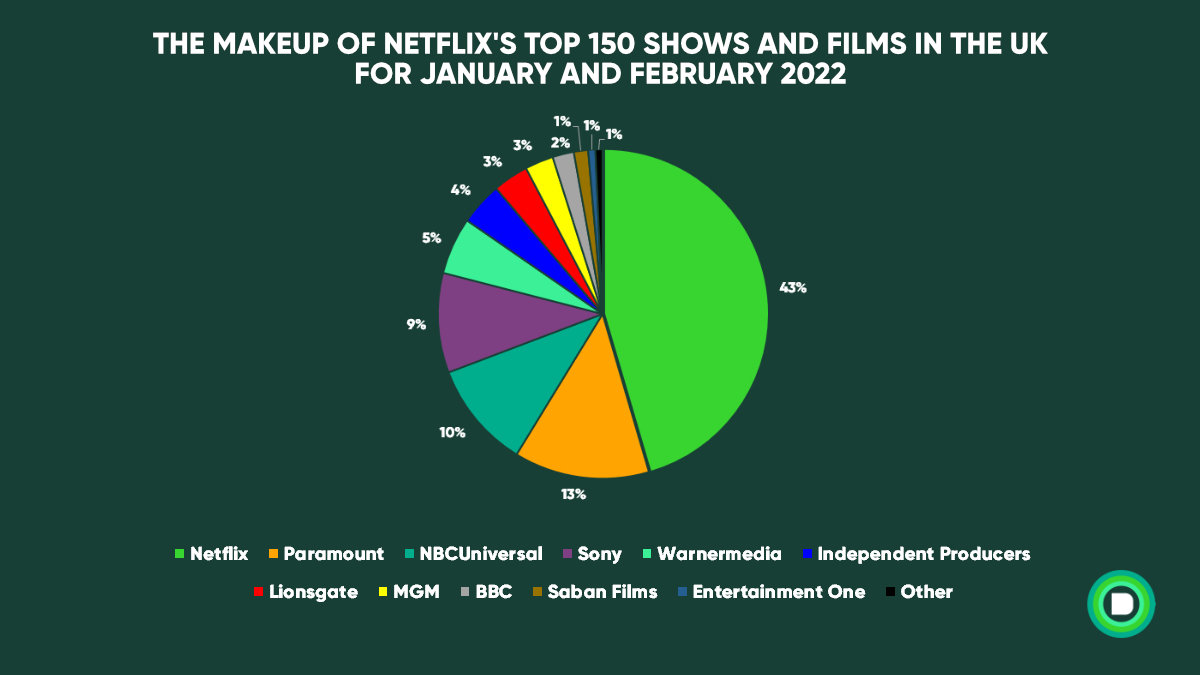 Mid-April saw the return of the Netflix quarterly earnings call, and the tirade of opinions and ‘hot takes’ that come with it. According to headlines and their stock price, Q1 2022 was a disaster. It marked their first net subscriber loss in over a decade, and a decrease in market value of £47bn. However, if they had not cancelled their service in Russia they would have gained half a million subscribers. Furthermore, SoDA data reveals that usage per account was up on last quarter. Nevertheless, this spelt out a PR disaster for the king of streamers.

Rumours say that Netflix will crack down on account sharing in reaction to what looks to be market saturation in the US.

In March 2021, the news began circulating that Netflix were testing new features to crack down on password sharing. These features include a verification system to check you live with the account holder. However, it seems like pressure from investors has led Netflix to highlight account sharing as a barrier to growth.

Using our innovative SVOD analytics tool, SoDA, we analysed account usage in order to estimate how many accounts are accessed by more than one household. In an exclusive for The Guardian we revealed that at least 27% of the UK’s 14.9 million accounts share with at least one other household. However, in comparison with other European countries UK Netflix subscribers were far less likely to share passwords.

“Our estimates came from analysing account activity, and we corroborated this with various other sources,” said Ali Vahdati, our CEO and founder. “That said, we still believe our results to slightly underestimate the (actual) incidence of password sharing.”

There was once a time where Netflix reigned supreme over the streaming kingdom. As the only major global streamer, they had the pick of content from any studio (for the right price). However, as more media companies started releasing their own global streaming platforms, they have come to Netflix to take their content back. In a previous blog, we discussed the extent to which this had already happened, and estimated subscriber loss that would come with the removal of certain big hits.

One of the latest features coming soon to SoDA allows users insight into the production studio(s) of each title. Our preliminary research for The Guardian found that in the first two months of this year, 31% of the 150 most-viewed shows and films by British users belonged to Netflix’s competition. Additionally, a quarter of all viewing was to content owned by rivals with streaming services of their own.

Some of Netflix’s library favourites have already left the platform. Modern Family was Netflix’s most streamed series across UKFIGS in 2020, however has now left to be streamed on Disney+. In the UK, this is clearly Netflix’s biggest content competitor. However, in other countries, Paramount, NBCUniversal and WarnerMedia are all actively taking content back to their platforms. From 2018 onwards, the WarnerMedia-owned Friends was Netflix’s most streamed series across UKFIGS, but now in almost all territories it is only available to stream on HBO Max.

In the UK, the timeline for these licensing deals is somewhat delayed. There are still global streaming platforms that haven’t entered the market yet. A content agreement between WarnerMedia and Sky means that HBO Max will not be available in the UK until 2025. Paramount+ has finally set a launch date for the UK (22nd June 2022).

“The nation’s favourite American sitcoms are safe – for now,” says Ali Vahdati. “In the long term, Netflix will need to extricate itself from such a strong reliance on US major Hollywood studio content, or else risk high levels of churn when others launch fully in the market.”

Once there is a slate of streaming services big enough to make consumers choose only a few of the available options, we will see if Netflix’s content creation strategy is good enough to keep subscriber numbers up. Netflix already invest heavily into content. The question remains though, can they compete with world leading media companies with content libraries dating back decades? If the next Netflix quarterly predictions are anything to go by, the streaming giant is well aware that the competition is closing in.

Over the coming months, we have new features coming to our innovative SVOD measurement tool, SoDA.

If you haven’t already, sign up to our newsletter to stay up to date with SoDA’s exciting trajectory.

SoDA helps you know your audience. Get in touch if you want to know more. Get inside the viewing revolution.