The future of SVOD and TV in a post-pandemic world 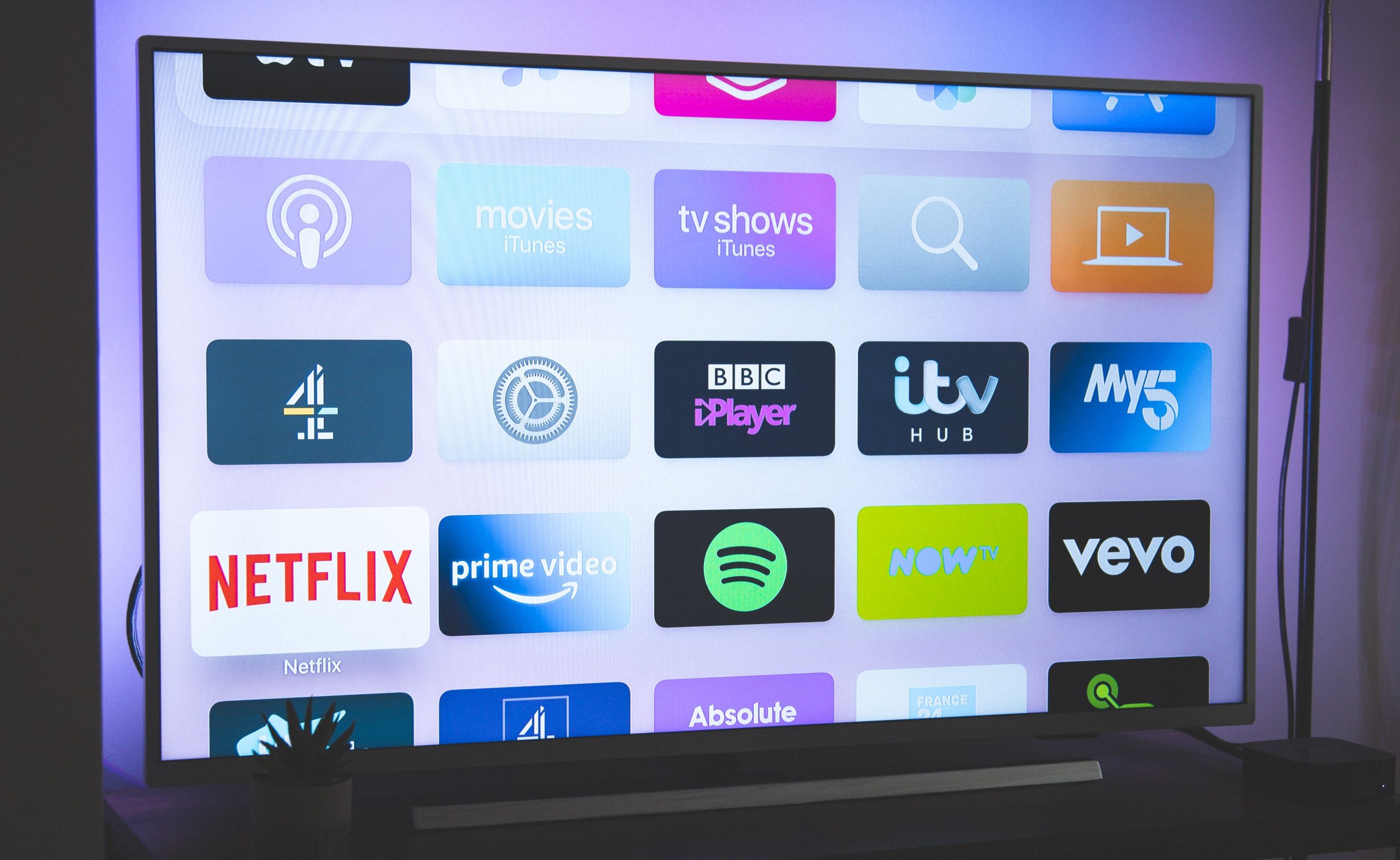 The Digital-i team predicts the future of SVOD and TV in the these unprecedented times.

“Netflix has been my lifeline during all this.”

I am on the phone with my grandma who, up until recently, has been ‘shielding’ as per the UK government regulations. We talk about everything she’s been watching on Netflix and, enthusiastically, she talks about the latest show she’s in love with, Warrior Nun. When Netflix first became a big player on the entertainment stage, it was often referred to as the new trend for younger generations, this fell in line with the fear of many broadcasters about the disappearing young viewers and the rise of ‘unmatched viewing’. And yet, it appears that the future of SVOD is no longer to be a ‘young people’s thing’, but, for more and more viewers of all generations, it is a way of life.

As the restrictions begin to end and many people are returning to a sense of almost-normality, what can we expect to see across the TV and SVOD landscape? Prediction is a perilous game, as almost all businesses have been reminded during this pandemic. That said, as far as accurate insights go in terms of the panorama of TV, SVOD and viewing habits, the Digital i team is better placed than most to try their hand at being the Cassandra of TV and SVOD research.

Digital i has a long history of TV research and audience reporting in the UK market, but in the past few years the company took a new turn. Understanding SVOD viewing, predominantly Netflix, became the main goal. The result? An interactive tool containing multiple territories of Netflix viewing data, collected using a proprietary methodology and holding data from 2017 to the present day. What does all of this mean? It means that the entire Digital i team has their finger on the pulse when it comes to viewing trends and top content across the media landscape.

Franca, the Head of Business Development at Digital i, is convinced that remote-working and increased downtime means that older viewers are more comfortable with, and interested in, what SVOD has to offer. “As people are getting used to working from home, they have much more flexibility to watch Netflix as and when they want. Many of us are gaining more downtime as we are not commuting to work and less early starts mean more time to binge content in the evenings!” But does the data back this up? Adam, Digital i’s VBA Research Executive lets me know that it does. He has monitored how live viewing shot up at the beginning of the pandemic then started to tail off. Live viewing is now back to normal levels, but the VOD viewing, which also increased at the start of lockdown, shows no sign of slowing. In Adam’s mind, this shows that lockdown encouraged more people to try SVOD services and many of them liked it, meaning that they will continue to subscribe.

Aside from indicating that the take up of SVOD has been accelerated because of lockdown measures, what more can we learn from the viewing figures? “It was interesting to keep an eye on the number of us tuning in for the news and for the daily briefings,” said Matt, Head of Insight, “there was certainly a sense that, after a while, people were starting to turn away from the news, perhaps because there were less developments, but also perhaps because people were becoming aware of the impact that relentless news of this kind can have on your mental wellbeing.” Matt tells me how the more traditional channels like the BBC were extensively used as sources of accurate information, while Netflix satisfied the viewer’s need for escapism.

In our UK Lockdown viewing report, we revealed some of the top titles on Netflix for the first week of lockdown and it was clear that viewers were seeking to escape the tense climate with dazzling content. Sarah, Digital i’s Business Intelligence Developer, thinks that the love of bingeing content and Netflix’s astounding success could reshape the format of content itself, “SVOD allows many to binge watch their favourite shows and discover new ones without having to wait for traditional TV schedules to dictate when they can see their next episode,” she says, “I wonder if the concept of breaking down storylines into episodes will eventually become redundant? Will episodic device give way to a 10-hour series or virtual world of the show’s design, with the option for us to dip in and out of its universe and experience the action as if we were there?”

Dina, Business Intelligence Developer and Analyst, was particularly impressed with Netflix’s flexibility. “An interesting point is how Netflix anticipated the viewer’s needs in lockdown and added many more new titles to the platform in comparison with their usual release rates,” she says. It’s true that people like myself and my grandma, flocked to Netflix thanks to the huge wealth of their catalogue and their ability to keep releasing new productions despite the pandemic. One of the biggest issues for the sector was the stalling of production. Production in the TV and film sector faces an uncertain future, with the threat of future lockdowns hanging over any plans they can make. Nevertheless, the Digital i team is confident that the sector will adapt, with Matt citing a few ‘social distancing’ productions and Dina mentioning the possibilities technology offers when it comes to home studios and video-link interviews.

Indeed, it seems like the Internet has been a lifeline for many industries and businesses, Digital i included. Tony, the company’s Technical Director, thinks that we cannot underestimate the effect of increased connectivity as part of Netflix’s success. Tony explains to me how in 2012, the average internet speed was about 1-3 MB/s, so it could take a number of hours to download a single title depending on video quality, meaning that you needed to preselect your content ahead of time. “Taking into account that if you were watching content without physical media around this time then the odds were that it wasn’t a legal copy,” Tony says, “this meant you needed technical knowledge and had to expose yourself to some pretty seedy and downright dangerous websites. For many people who consumed content in this way, Netflix really was a breath of fresh air!”

The future of TV and SVOD

The team all agreed that the future of SVOD, specifically Netflix, looks bright, but when it came to predicting what will happen next, opinions began to diverge. For Adam, Sarah and Franca, this unique period of time has cemented SVOD as a key part of the many viewer’s schedules and it’ll be hard to knock Netflix from its first-place podium. However, Matt and Dina believe that the decrease in linear viewing will continue, but that it will happen slowly alongside generational change. “If linear broadcasters can make really high-quality content there is clearly still a large audience out there for them, we have seen that with Normal People on BBC 3 and Salisbury Poisonings on BBC 1. Perhaps a focus on quality over quantity, with more extensive use of repeats to reduce costs of filling the schedule will help, we know from our Netflix data how popular archived acquired content can be,” said Matt, refusing to believe that the future is all bleak for broadcast.

The streaming wars and  proliferation of content could result in several different outcomes. “There is a chance that SVOD will evolve into a system with multi-platform aggregators, personalised “schedule” where you can just switch Netflix on and it starts playing a queue created out of next episodes of your favourite shows, organising them in blocks of 1-4 depending on your usual bingeing approaches. In this case TV is likely to take a further hit unless it makes its BVOD an easily accessible consolidated content library,” says Dina, while Tony believes that things could go a different way entirely… In his opinion, many viewers, especially younger ones with less disposable income, will be driven back to torrent sites as they are bombarded with a number of streaming services, all with top quality content. He thinks that there’ll be a limit to the number of services a household would subscribe to and that, rather than choose, some viewers would prefer to have it all.

Finally, I took the question to the business’ founder, Ali. His view was clear. “Netflix and other global SVODs have a huge advantage over broadcasters, not only because of their closed-wall census data on viewing but also because of their unfettered access to the world’s viewer territories,” he says, “they make one production and in a click of a button, they can promote this content to almost the entire world!” So, how does he think the traditional broadcast industry should respond? The answer is collaboration. Ali believes that if European broadcasters could work together to create a Europe-wide version of BritBox or Salto then they’d be capable of challenging big players like Disney, Amazon and Netflix. “The market for content has become global, in large part thanks to Netflix. Now content distributors need to adapt to enable their top quality content to travel the length of the Earth as seamlessly as possible.”