Insights / Research / Luther: Keeping up with audiences as well as criminals

Luther: Keeping up with audiences as well as criminals 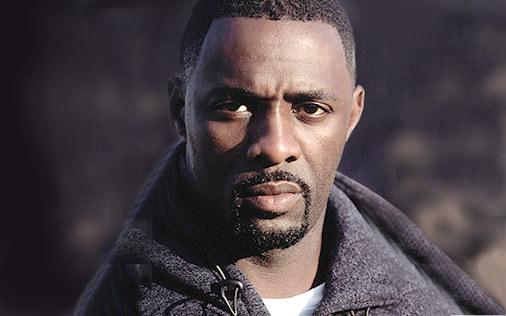 For nearly a decade, Idris Elba’s raw portrayal of the sardonic, troubled cop, Luther, has gained loyalty in households across the country.

But it’s not just characters that have developed, dirtied and died over this time; TV and the way we, as viewers, consume content has dramatically changed.

From 2014 to 2018, subscribers to online streaming (SVOD) services have trebled with few signs of slowing.

So, how to respond? Gone are the days when the family would huddle around the TV set once a week to follow the slow unravelling of a crime drama.

How do you capture the short-attention span of viewers for four whole episodes without detracting from your live viewing figures by putting up a pre-release box set?

Perhaps, one answer lies in scheduling episodes on consecutive days, and this is exactly what happened at the beginning of this year, with the most recent series of Luther and the first series of Manhunt (ITV). Are we seeing a scheduling shift?

We’ve taken a look at how series loyalty, binge-viewing and scheduling interrelate to try and help broadcasters work out how to survive the onslaught of serial-killing streaming services.

Even if Luther’s long-time lover/nemesis Alice (SPOILER ALERT) may have betrayed him at the end, the figures show that his audience most definitely did not. 4.5 million people watched every single episode of the most recent Luther*.

If we compare the viewer loyalty between the four-part weekly release of Luther in 2013 and the most recent series (also 4 eps), but this time aired on consecutive days, we see a difference in viewer allegiance.

There would need to be further studies into the effects of this scheduling change, but it’s clear here that, for Luther, avid fans want to have access to the entire series within a week and not over the period of a month.

The pre-release of Luther seasons 1-4 box sets on iPlayer and the scheduling on consecutive days all could’ve played a part in the increase in loyalty to the programme. This is because it caters to the new culture of binge-viewing.

An Ofcom survey revealed that eight out of 10 adult TV viewers in the UK now regularly binge-watch series, either by recording episodes, using catch-up, or paying for SVOD services.

With previous series of Luther and the weekly scheduling format, it would’ve been harder for a viewer to binge-watch. In order for them to be able to watch two episodes in one sitting they’d have to wait an entire week without watching an episode and this would mean a higher likelihood of encountering spoilers, finding something better or losing interest for any other reason.

In contrast, the four-part, four-day model provided a perfect chance for busy viewers to skip out on live viewing and watch two, three or even all four episodes in one sitting, at their convenience, in their own time, when they feel like it.

Let’s see how this translated to viewing figures.

Thanks to Digital.i’s panel-data system, we don’t only see what people watched but we can see how and when they watched it. This means that not only do we know that 27% of the loyal fans (those who watched the entire series) watched it exclusively through time-shifted forms of viewing (this means any form of non-live viewing), but we also know that over half of these time-shifted viewers watched all four episodes within two days.

Let’s call the series-loyal fans (those who watched every episode in the season) full-timers.

Full-timers are the viewers we want to attract, we want to maintain, the more full-timers your series has, the better it reflects on the narrative and pull of the production.

These full-timers made up for 66% of the overall ratings of the programme. Previously, the full-timers of Luther 2013 only made up 35% of the ratings

Another critically acclaimed crime series that was aired recently was Manhunt. This show was also scheduled on consecutive days and 40% of the ratings for Manhunt were made up of full-timers.

Taking into account the fact it’s a new series that has yet to have gathered a loyal fanbase, that’s a significant number of full-timers. Could this be because of the form of scheduling?

On other hand, taking a drama like Broadchurch that has a couple of big names in it and was around long enough to stir up a following, only 11% of its overall ratings were due to full-time viewers. Could this have been because of the number of episodes or was it because of the weekly scheduling format?

This case-study cannot provide us with definitive answers on how to schedule programmes or how to hold on to a loyal fanbase for traditional TV productions as they slowly ebb away in the direction of Netflix and co.

What it can do is point to the questions that schedulers, researchers and producers should be asking.

Which style of series release is most likely to translate into successful commercial performance?

How is the modern viewing consuming the genre of content I create and how is this likely to change?

What scheduling and production risks and leaps can I take to win back my younger viewers?

These questions are not easy to answer, but our team is well-equipped to aid you in answering them. With our expertise in TV viewing data and our insight into panel-level viewer behaviour we are here to support the key players in the TV industry through this turbulent time.

It may seem dangerous, but change stimulates creativity, and that is the currency of the TV industry.

*This was calculated by at least 15 minutes of continous viewing per episode.