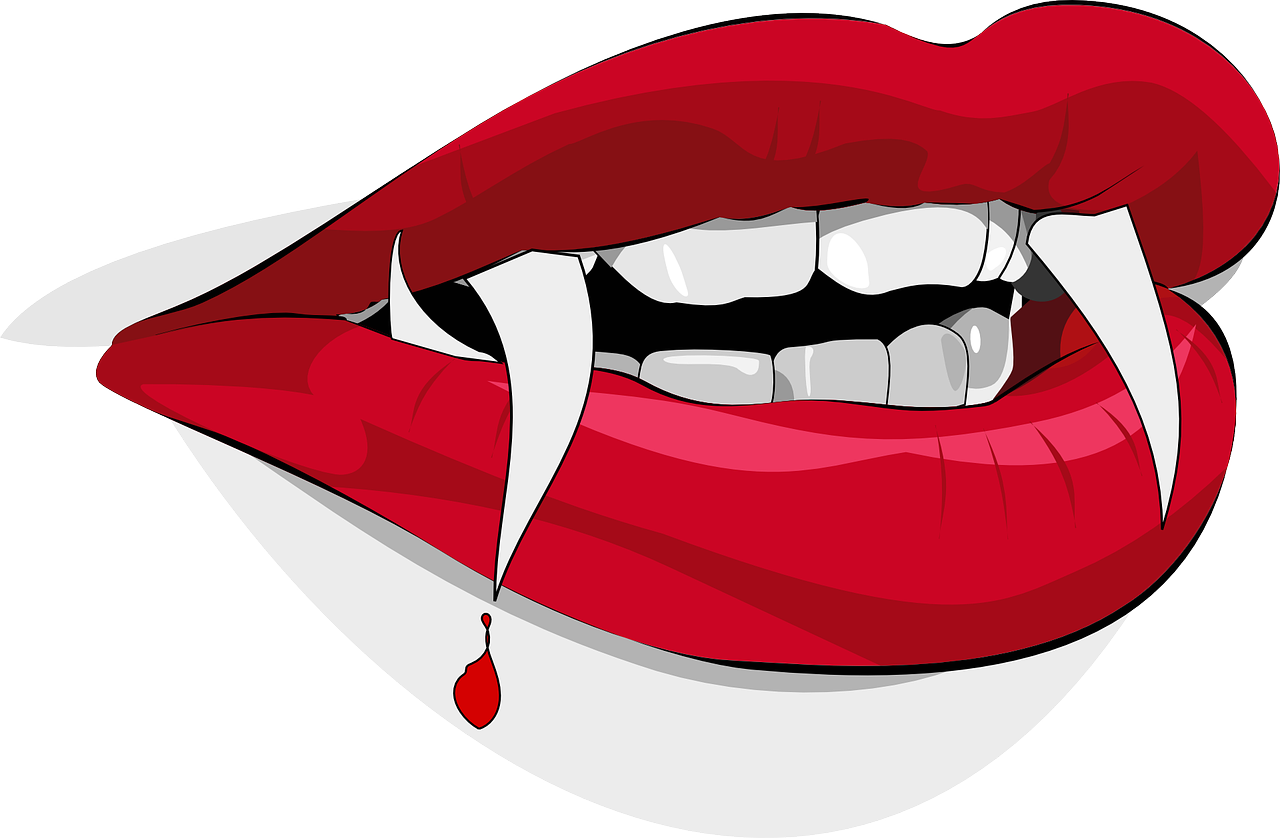 Gossip Girl meets the Vampire Diaries meets Sex Education… Yes, the elevator pitch sounds good. A teen LGBTQ+ vampire drama smells like a sure hit for Netflix. And, unsurprisingly, First Kill generated a buzz on social media after it launched. Surely the show was on its way to take its place alongside other popular teen renewals?

The cancellation of the show shortly after the season’s release caused even greater noise online – the sound of outrage. The resulting furore even led #CancelNetflix to trend on Twitter for a short time.

Following this, Kasey Moore from What’s on Netflix contacted Digital i regarding the show’s cancellation. He was interested to see what metrics Netflix might be using in their decision to cancel or renew a show.

We found that in the case of First Kill, completion rate was a clear indication of dwindling audiences. Across SoDA European territories, only 44% of those who watched the first episode of First Kill made it to the final episode.

So, are completion rates the key factor when it comes to renewals?

SoDA data revealed a common trend – shows cancelled after their first season almost always have a completion rate below 50%. So, the evidence is strong when it comes to renewals and completion rate. But, as with all research, the gold lies in the exceptions to the rule.

Keep reading, if you want to know more about the key metrics that define a SVOD success.

Linear TV is not dead. The highest rating broadcast shows still trump SVOD hits. Even though this is on the cusp of changing in the US, the territory that has historically been an indicator of a global change in the making.

Global demographics and rate of cultural and technological change play a large role in the transformation of the entertainment space. That’s why there is a viewership threshold for streamers. If a piece of content breaks that threshold, it’s almost definitely on its way to renewal, completion rate be damned.

Why does it matter so much when a streamer’s true money bank is in subscriptions?

Well, as the platforms diversify into ad-friendly programming and subscription levels – total exposure will become more important than ever. However, even before ads are taken into consideration, bigger numbers are always better.

The biggest numbers offer the platforms an opportunity to push some self-enforcing prophecy-like PR to the world. The more people hear about a show, the more likely they are to try it. For streamers, PR for an original show is PR for their platform. Acquisitions and the re-activation of dormant users are undoubtedly boosted by high profile, large viewership content.

Even shows that don’t have the highest retention rate can dodge a cancellation, if the audience that remains is large enough. This is the case for The Lincoln Lawyer, which recently received one of Netflix’s faster renewals. 56% of viewers completed the first season of the show, not much higher than other cancelled shows. However, the final episode still attracted over 9 million profiles in SoDA European territories. This figure is dwarfed by the 16 million that sampled the first episode, but it doesn’t matter. The finishing audience was large enough to make the case for renewal.

However, if The Lincoln Lawyer doesn’t manage to up its retention for season two, it could be looking at risk of cancellation. It’s common to lose viewers across season one, as the content finds its true target audience. Nonetheless, a low completion rate for subsequent seasons demonstrates a loss of quality and belief in the content.

Does all of this mean that The Sandman is getting a renewal, simply due to high overall viewing?

A key cornerstone that we’ve not yet mentioned is of course: the budget. The Sandman, with its otherworldly special effects and high quality CGI undoubtedly came at a higher price than The Lincoln Lawyer.

Before the launch of The Rings of Power, an insider at Amazon declared that the series must be their most-viewed of all time to be a succes. With production, marketing, promotions and red carpet events, as well as the estimated $250 million deal to secure the rights from J.R.R. Tolkien’s estate in 2017, industry observers have estimated the cost for season 1 at around $1 billion.

Due to this, the bar for success is set higher for The Rings of Power than for any other Amazon Prime Video original content. This works in reverse as well, the parameters for success change based on costs. Lower budget shows don’t need to work miracles with audiences to become renewals. While big Hollywood names and high quality effects don’t come cheap. They’ll be expected to earn their price tag with sizable viewing figures.

This contributed to the cancellation of Netflix’s Space Force.

A level of CGI akin to a blockbuster movie.

It couldn’t have come cheap.

The second series of the show had a 75% completion rate, watched by 6.7 million accounts across SoDA European territories. Nonetheless, this wasn’t enough to gain a renewal.

On the other hand, Netflix original reality TV series’ Love is Blind and Too Hot to Handle failed to draw in hordes of viewers, but they came at a much lower price tag than original scripted content. Despite these shows not having particularly high viewing numbers, Too Hot to Handle recently had a fourth season commissioned. Meanwhile, season 3 of Love is Blind launches imminently, and already has the greenlight for a fourth and fifth season.

TARGETING SUBSCRIBERS AT RISK OF CHURN

But it’s not all about the audience ratings and the budget. The aforementioned reality dating shows, heavily over-index among light viewers. Content that engages an unengaged smaller target group, can be just as valuable as the flagship global phenomena.

At risk of stating the obvious – SVOD services make their money from subscriptions (the jury’s out on whether ads will become a larger source of revenue). This means that when evaluating content performance, analysts often adhere to the methodology commonly used in valuing content on cable or pay-TV platforms. Not all viewers are equal. Renewals and cancellations are, in part, dependent on the actions of a small-subsection of subscriber accounts.

These are the ones that are at most risk of churning.

They are the unengaged viewers.

They are akin to floating voters, they are floating streamers.

At the end of 2020, we produced an industry report breaking down Netflix viewers into segments: heavy, medium and light. In the report we identified that satisfying light viewers was paramount to reducing platform churn. Less frequent or inactive accounts are the subscriber segment most likely to cancel their subscription. Therefore, content that causes the lighter viewer to watch more is necessarily higher value.

Wouldn’t it be great to have visibility over this?

SEGMENT YOUR VIEWERS WITH SODA

In less than ten minutes, using SoDA, Digital i’s SVOD analytics platform – I can come up with the following.

Let’s say, I’m a Prime Video UK analyst. I’ve just noticed that a section of Prime UK subscribers have been inactive for months, not just on Prime Video, but even on the Amazon store. No purchases, they haven’t used Audible in years, they started watching Rings of Power but didn’t make it through to episode two… What should I do?

Well, thanks to SoDA I can see that this particular segment of light Prime Video viewers have been watching Netflix…

They loved Afterlife – can I get a Rick Gervais title in the pipeline – or just give a boost to the in-platform promotion of The Office UK? Then… The Witcher – do we have any video game adaptations on their way? Documentaries. Taste in films. Penchant for aesthetically-pleasing, social media focused series. Favourite talent.

SO WHY DID MY FAVOURITE SHOW GET CANCELLED?

The streaming wars is heating up and competition for subscribers is tight as the cost of living crisis hits worldwide. Streaming services have to be ruthless. Owning your platform means you have access to previously impossible levels of accurate insight into your viewers, this means sharper business decisions. If the underlying data doesn’t support the case for renewal, it’s likely that many of us will have to say goodbye to our favourite shows. It doesn’t matter how loved a title is by the viewer base if it doesn’t meet the specific criteria.

That’s where we come in – Digital i helps to create an overall view of the type of data platforms look at when they make these renewal decisions. Don’t want to be playing blind? Want to understand your competitors in better detail? Thinking of revamping your benchmarks for criteria? Look no further – ask us about SoDA.

From our data we can see that the aforementioned particular measures can prove key in the decision making process. But there was one big important metric we haven’t mentioned yet.

Can you guess what it is?

Let us know and the readers to correctly guess the answer will have exclusive pre-publication access to the next blog, that’s all about the unmentioned important metric.

If you’re interested in understanding more about streaming services’ decisions to renew or cancel shows, then get in touch.