SVOD Secrets: The Magic of Sitcoms 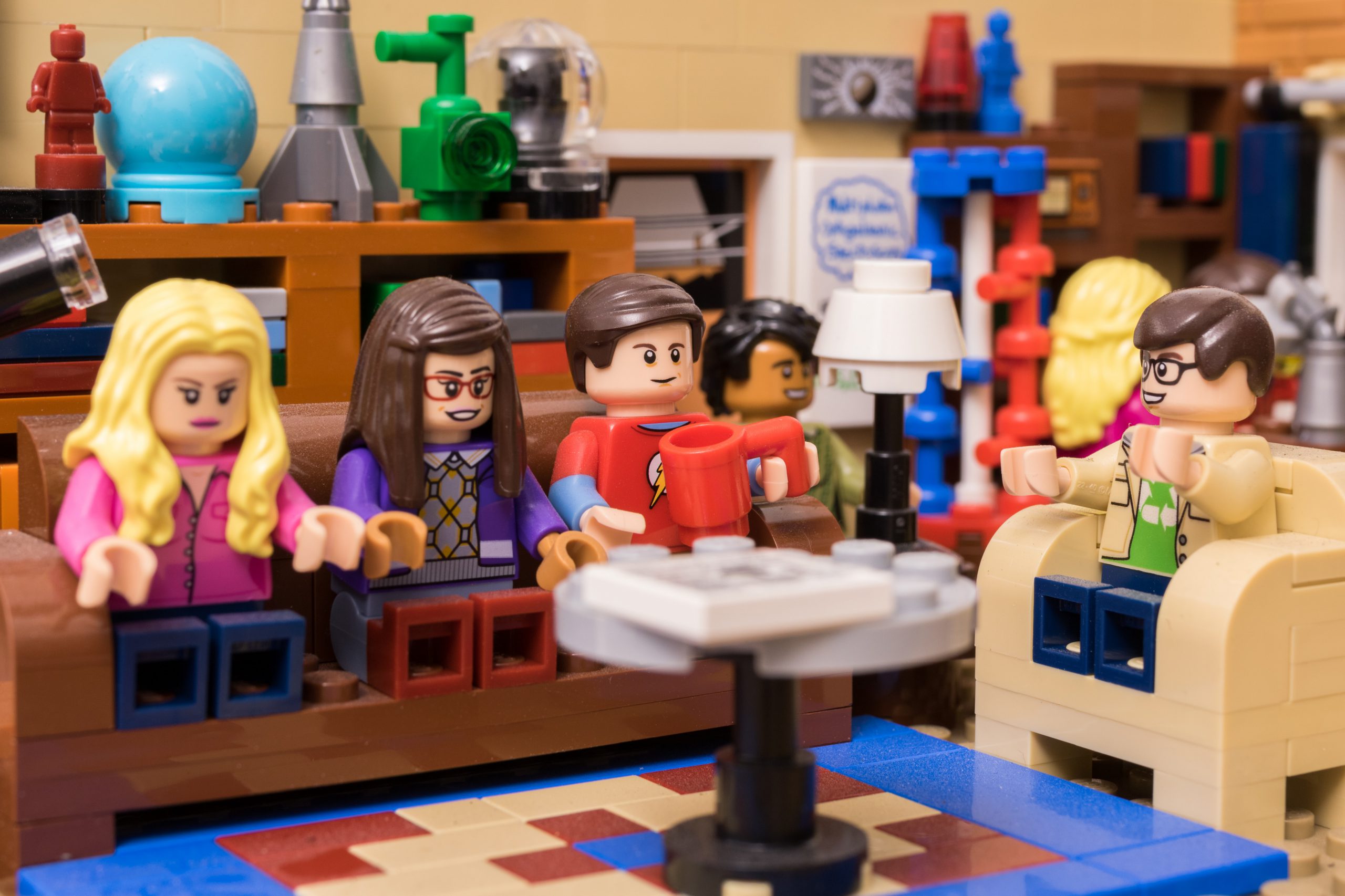 It was recently announced that the beloved US sitcom, Seinfield, would arrive on Netflix on the 1st of October. It’s a deal reported to be worth $500 million. In our Content Ownership Report, which was featured in Bloomberg, we revealed that major US studio content, specifically sitcoms, play an important role in subscriber engagement for Netflix. With most-recent famous sitcoms typically owned by Netflix’s new competitors, it’s easy to see why they jumped at the opportunity to licence Seinfield. But, what is it about sitcoms that make them so key to SVOD strategy?

The history of sitcoms

In 1947, the BBC broadcast, Pinwright’s Progress, a show that is widely considered as the world’s first sitcom. Little did the producers know that this would revolutionise the viewing world. Following the broadcast, the word sitcom began to edge its way into common usage at some point in the 50s. Since then we’ve seen plenty of sitcoms come and go, the most famous of them inspiring collective tears and mourning when they finally come to an end.

Sitcoms have historically been synonymous with large amounts of money, for actors and networks alike. It is fairly well known that for the final season of Friends each of the main six actors took home a salary of approximately $1 million per episode. When Netflix acquired the streaming rights to Friends in 2015, the deal was reported to be worth upwards of $100 million.

Using our innovative SVOD analytics tool, SoDA, we discovered that 4 out of the 5 top streamed titles on Netflix UKFIGS in 2020 were… surprise, surprise… sitcoms. The highest rating show was Modern Family accumalating over 1 billion streams over the year (approximately 2.7 million per day!). 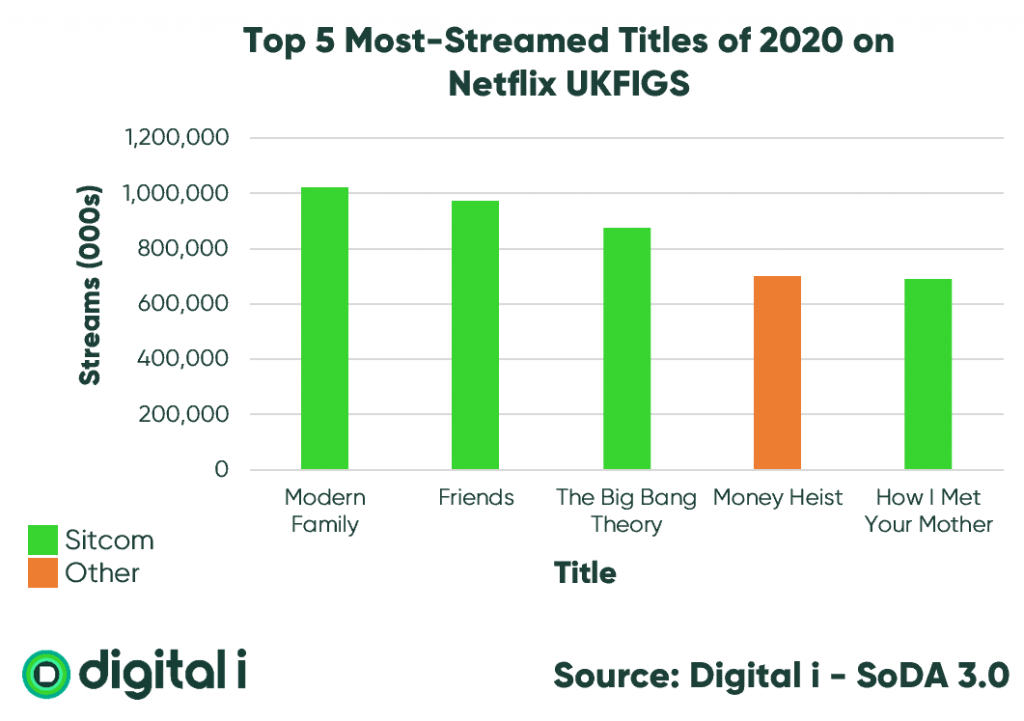 So why do sitcoms perform so well?

Well, when it comes to streaming, the aim of the game is to have subscribers entering and using the platform everyday, for several hours. Whereas limited series and films can be consumed in a day or a week, sitcoms can be watched and rewatched over years. The short duration, light subject matter and high volume of episodes are all advantageous to a subscription model, inviting to both subscribers with a free half hour and those wanting to sprint through four or five episodes without running out of things to watch.

The truth of the matter is, while streaming platforms have revolutionised the way we consume content, viewers still crave a TV-like experience.

Sitcoms are considered ‘easy watching’ and can play out without having to resort to the dreaded ‘decision-fatigue’. Of course, sitcoms are not the only genre that can perform this role. South Park may not be a sitcom, but it fits all of these ‘easy-watching’ criteria, hence it managed to amass over 100 million streams on Prime Video UKFIGS in 2020.

The large amount of viewing time of sitcoms makes it vital for streaming services to have a few of the most well-known ones as part of their library. This kind of content is what keeps subscribers engaged, and puts them at a lower risk of churn. People may join the service for the latest blockbuster films and critically acclaimed series, but stick around for the comforting shows that you can binge watch in bed on a Sunday morning.

Want to know about the other types of genres that can keep SVOD subscribers engaged?

Get in touch and book a demo of our award-winning SVOD viewership analytics platform, SoDA.