A guide to SVOD release strategies & how to use them 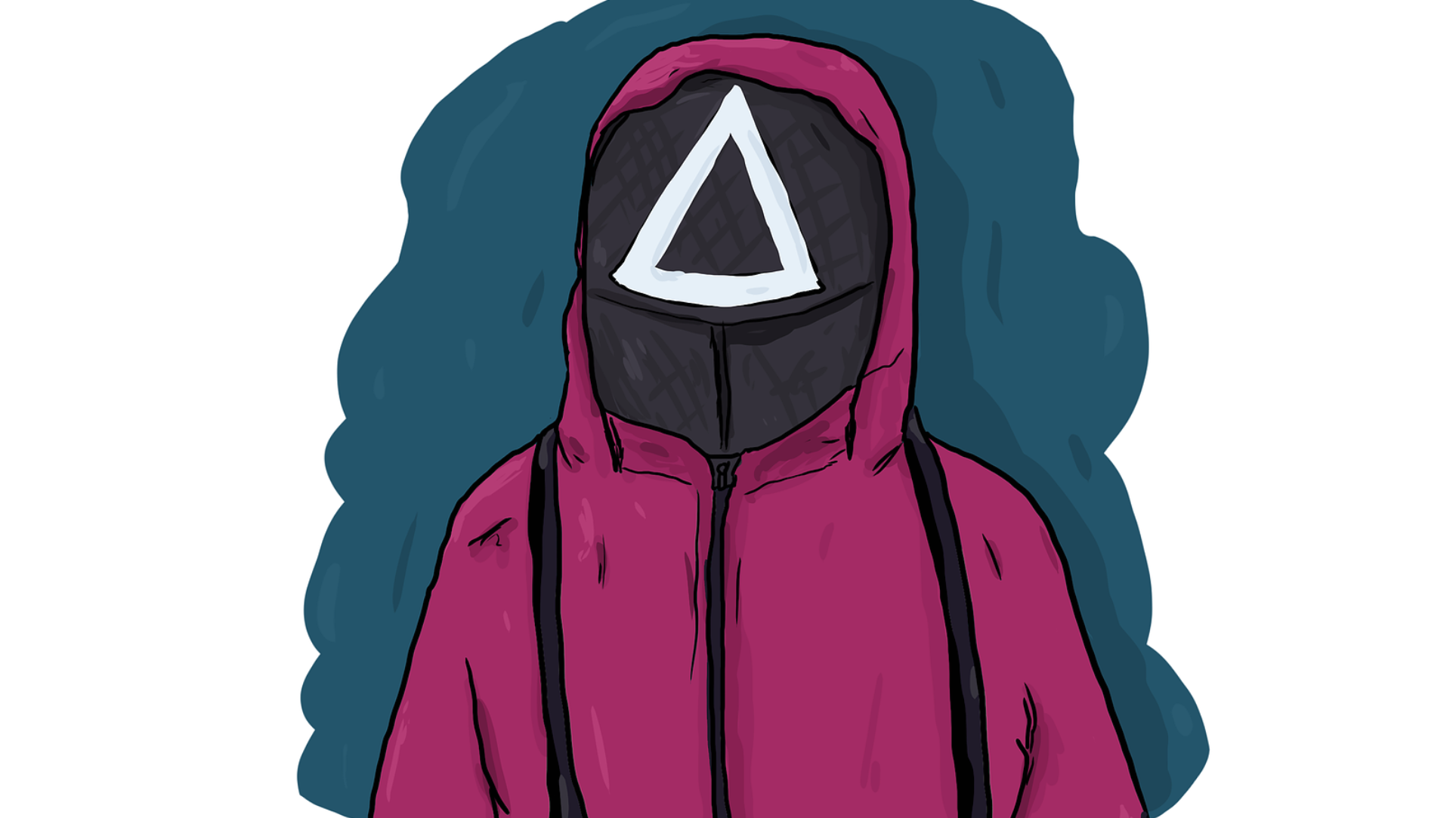 It’s June 2013, and you are one of only 35 million Netflix subscribers worldwide. Out of nowhere, they drop the first season of their iconic global hit, House of Cards. You sit down to watch the first episode but end up finishing the season within 48 hours. Welcome to the era of the boxset release strategy.

Flexibility was Netflix’s first and most powerful USP. A secondary effect of the all-you-can-eat content library; the addictive nature of box-set dramas. Like the infinity scroll on social media platforms, the swiping-motion on Tinder and TikTok; Netflix’s Autoplay feature hooked nations around the world.

A product’s greatest strength is also its greatest weakness.

Netflix did not escape the unwanted consequences of the platform’s hyper-flexibility.

At first, all we could see were the strengths of the model.

Nevertheless, the seeds of discontent were there for those who looked.

To adapt to the emerging flaws in Netflix’s business model they undertook a review of their entire strategy. Part of this review included experiments with SVOD release strategies. In this article, we’ll summarise the three main release strategies and their pros and cons. 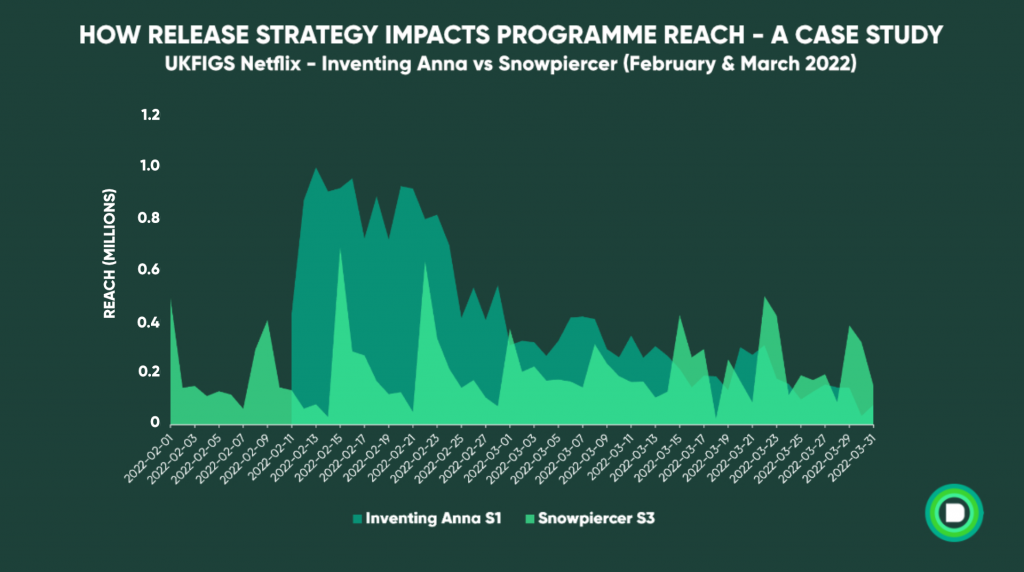 Digital i’s latest analysis suggests that there is no discernible difference in boxset drops and weekly releases when it comes to total exposure. No matter whether viewers binge content or watch it weekly, the show will reach approximately the same number of total viewers.

So, what’s the point?

Well, as seen in the case-study above, weekly releases encourage small bursts of viewing over a longer time period than boxset drops. This technique effectively extends a programme’s lifecycle. The product continues to actively draw in and engage users for a longer period of time.

However, the equation is not as clear cut as: weekly releases = higher frequency. This is because binge-viewing often translates into subsequent heavy-viewing (at least for a few months).

For example, with Inventing Anna & Snowpiercer season 3, both were released mid Q1 2022. Inventing Anna released through boxset drop and Snowpiercer instalments released weekly (because of existing licensing agreements in the US). Here are three key facts about these releases:

So, weekly releases can do wonders for a platform that has a smaller number of original/new series launches by extending a programme’s lifecycle. Nevertheless, there is no evidence that it increases total reach or platform usage frequency anymore than a boxset drop. In fact, initial investigations show that viewers that binge are more likely to come back for more. 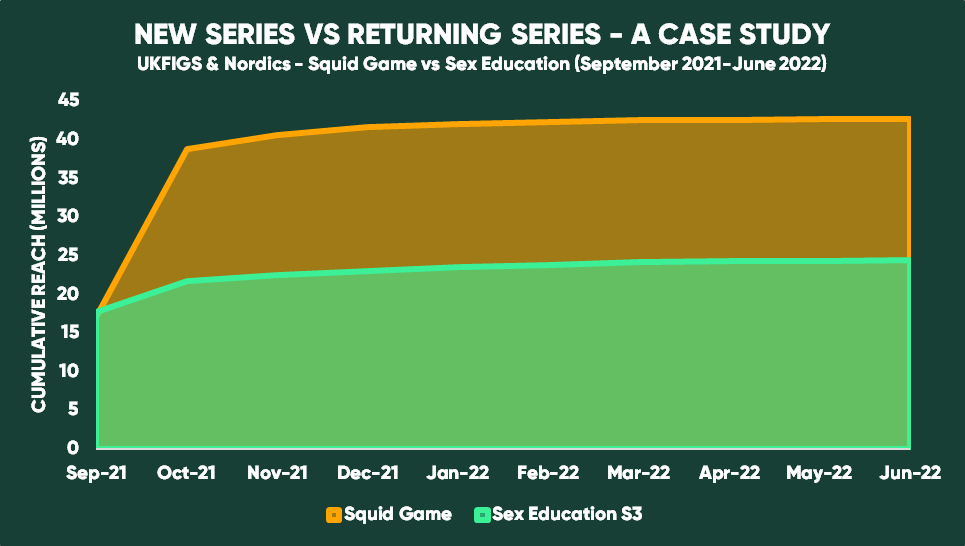 The boxset drop needs no introduction. Almost every Netflix user has experienced the strange sensation of emptiness after bingeing an entire limited series in one go.

This was the technique that first gripped Netflix subscribers. However, the boxset drop has one serious flaw: programme lifecycle.

The average successful new-series-drop onto Netflix registers the bulk of their viewing within the first month. This is a costly game for Netflix as each new production ‘expires’ in a short-time. Thus, they can only keep users gripped with constant new and exciting releases. However, there is a difference between premiere launch boxset drops and returning season boxset drops.

Boxset drops can help new shows slowly garner momentum and lead to global phenomena like The Queen’s Gambit and Squid Game. However, evidence shows that this could be a wasteful release strategy when it comes to returning series.

Take the example in the chart above. Squid Game and Sex Education 3  both launched on the 17th of September 2021. In the first month of viewing, they both received similar audience levels. In the second month of availability Sex Education 3 received a slight uptick in exposure and then flattened out. Almost everyone who was going to watch the show had already watched it. In contrast, Squid Game’s second month was a gamechanger.

This is the effect of word-of-mouth, press releases, online hype. The same pattern can be seen with The Queen’s Gambit and other successful global hit Netflix Originals. But the impact of the new release of Sex Education wasn’t the same, it was already a well-known series. Fans were ready and waiting for launch. In the next section, we’ll talk about a strategy that might’ve increased exposure to the third season of Sex Education.

How do you optimise release schedules to give content the best chance it has at going global?

It’s time to get creative with scheduling.

The two-part release, or split season is a release strategy Netflix began experimenting with in 2021. Instead of releasing one longer season they split a show into two mini-series (or ‘parts’) released one after the other. The two parts aren’t released with as quick frequency as a weekly release; however, they’re released closer together than two standard-sized seasons. This is because they are filmed as one season, the second ‘part’ is simply held back.

For example, Lupin part 2 was released 6 months after part 1. This release schedule works to artificially trigger the word-of-mouth effect. It also gives the content two chances to dominate home screens within one year, optimising the exposure to potential viewers.

The result of the two-part drop is a boost in viewership around the release of part 2.

Using the forecasting feature on SoDA, we produced a non-linear regression model to predict how the viewing of Lupin would have gone without the boost from the second part release. It would have been significantly lower than the viewing for Sex Education. However, the boost meant that the cumulative reach almost matched. Without a doubt, the split season, or double-drop release technique, optimises the total reach of content. In fact, in the case-study above, the technique enabled a French series to draw almost even with Sex Education on Netflix UK. Therein lies the power of release strategies.

This is far from the only experimental release strategy being employed by Netflix and other platforms. As films and series live alongside one another in the SVOD storefront, it gives creators leave to push the boundaries of videotype categories, as seen with Stranger Things 4. In a world that is not bound by ad-breaks and slots (until it is), release strategies are game for a creative shake-up.

GET CREATIVE WITH RELEASE STRATEGIES

At Digital i, we use SoDA to analyse more than just exposure of content. We track series completion and episode completion. Then, we segment viewers to understand how a niche piece of content can be just as valuable as a blockbuster film. Finally, we perform respondent-level analysis to understand how different release strategies and content styles affect overall account usage.

If you’re interested in understanding more about how release strategies can optimise your content, then get in touch.